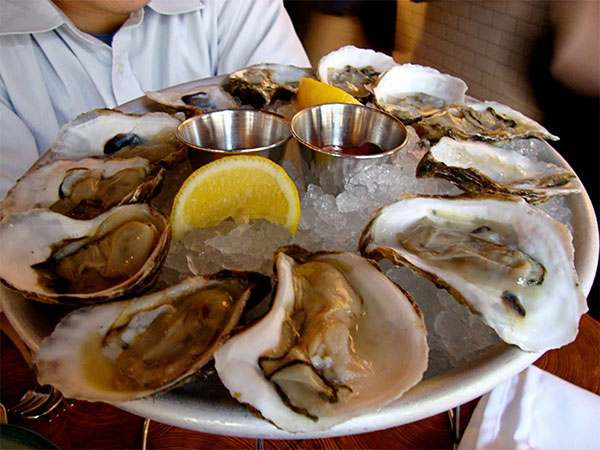 Oysters are considered a delicacy food by many. They can be cooked or eaten raw.

However, one fact that many people don't know is that they're most likely still alive when you eat them raw. In fact, it's quite important that they are alive when it comes to eating them - as dead ones are not safe to eat.

To easily tell whether they're still alive, check to see if their shell is firmly closed. If it isn't, tap their shell and see if they close it.

If they fail both of those checks, they're likely dead and should be thrown away.

Oysters must be kept alive before being eaten raw. They're hardy creatures and it's not too difficult to store them alive; keep them cold, damp, and give them access to air. Do not put them in a bag of ice, because the ice is fresh water which is toxic to the sea-dwelling creature.