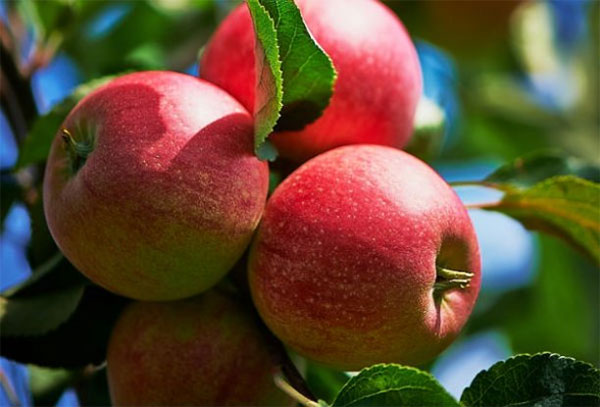 Apples are a great addition to anyone's diet. They're healthy as well as tasty. After all, there is the saying "an apple a day keeps the doctor away."

One family run fruit company, Lubera, has gone one step further and spent eight years perfecting a new kind of apple that fizzes in your mouth.

Called the 'Paradis Sparkling' apple, it was specially bred using two varieties of apple that already exist. Initially, it was accidentally created when a sweet-tasting variety, called Resi, was cross-bred with another, called Pirouette.

Robert Maierhofer, the production manager at Lubera, claims that he noticed some "ugly" looking apples growing from the tree that was cross-bred, and decided to taste one, thinking that it might be "a nice one."

"I tasted it, and it was wonderful," he says in a video that's on YouTube. "It was the combination of big, big cells, and very firm cell walls, and it was just exploding the juice in your mouth."

Since then, he has put sapling trees of the new variety are for sale for £34 (about $55 U.S. dollars). The apples themselves will go on sale around Europe in early 2015.