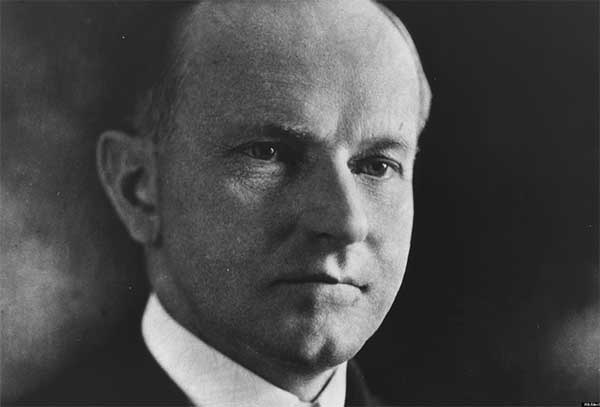 Former U.S. President Calvin Coolidge, whose term reigned from 1923 to 1929, wasn't well-known for having a happy or playful side. He admitted that he was 'hard to get along with', and even his wife stated that if he returned in a foul mood, it was a relief to know that he hadn't taken it on one of his poor employees earlier that day. Traits such as these are what historians have attributed to his unfitness for presidential duty.

However, it wasn't all grump during his time in presidency, with at least one source claiming that Coolidge used to have a childish sense of humour and used to enjoy playing practical jokes on people. HistoryToday claims that his bodyguards fell victim to his antics when he used his buzzer to call for them, and hid under his desk, watching in amusement as they frantically searched for the ostensibly abducted president.

President Coolidge's term spanned many notably occurances in history, including the age of the Roaring Twenties, prohibition, jazz music, and the emergence of huge movie stars. During this time, the lives of Americans was significantly improved thanks to various policies and the exponential growth in consumer goods, such as every day electrical appliances. Although the prosperity wasn't to last - as his term ended, the Great Depression dawned.