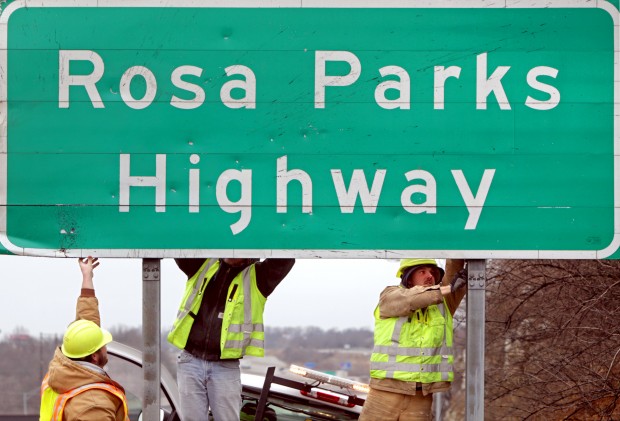 The Ku Klux Klan are well-known for hteir incitement of racial hatred, so it's no surprise that it kicked up a stir when they tried to sponsor a stretch of highway in Missouri.

The Adopt-A-Highway program was designed to allow any organization to adopt and name parts of the highway system, in an attempt to promote litter-free roadways in the US.

The KKK seized upon this and applied to adopt a section of Interstate 55 near St. Louis, Missouri, much to the dismay of many. After a drawn-out legal battle, the 8th Circuit Court of Appeals ruled that it was unconstitutional - a violation of the First Amendment - for the Klan's participation in the program to be blocked. A Supreme Court hearing was denied.

Subsequently, the section was designated as the "Rosa Parks Highway," after the famous civil rights figure who, in 1955, refused to give up her seat to a white passenger, sparking a two-week-long boycott of the Mongomery public transport system.

After this, the KKK's sponsorship of the highway was pulled when it failed to fulfil its obligations. The Missouri Department of Transportation later amended the program to prevent hate groups from future participation.