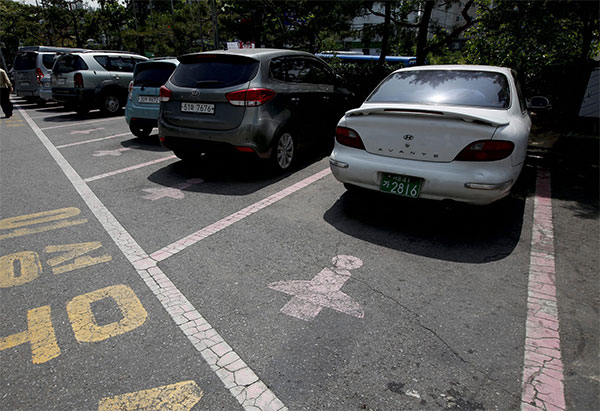 In 2014, the South Korean government in Seoul announced that they were adding car parking spaces in the capital that are specifically for women drivers only.

The spaces are not only longer and wider, but also sport a pink outline and symbol that resembles a woman in a dress.

Ostensibly, it appears to be a gesture that gives credence to the stereotype that women are worse drivers, but the ladies-only parking spaces are part of a $83 million programme by the government to make the capital more female-friendly.

Other elements of the scheme include softer, "slightly spongy" pavements that are intended to be easier to walk on for high-heel wearers, and around 7,000 new women-only toilets. New facilities, such as the new parking spaces, will also receive improved lighting and be positioned closer to amenities.