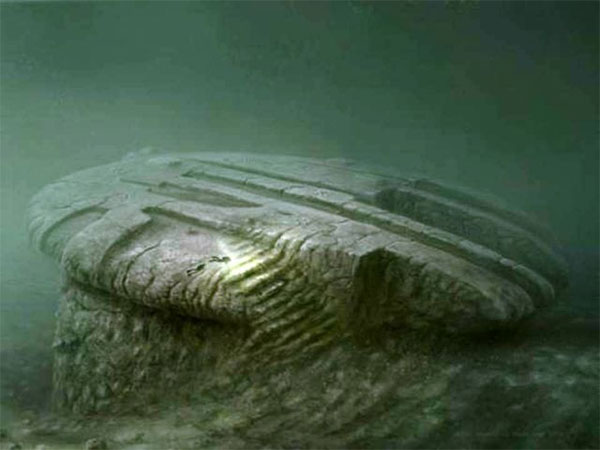 In 2011, a Swedish private treasure hunting company called Ocean X discovered an unusual formation at the bottom of the Baltic Sea.

With the first images of it appearing to resemble the Millennium Falcon from Star Wars, it has grabbed the attention of geologists and UFOlogists alike - with what appear to be streak marks leading up to it, making it look ostensibly like a UFO crash landing.

To further add to the mysteriousness of the unusual object, the team that discovered the object noted that when they were directly above it, some of the electrical equipment on their boat stopped working, and, when they sailed away, it 'magically' started working again.

The diving team who investigated the object described what appeared to be steps leading up to it.

Some experts still say that this could be a completely natural geological rock formation.

However, if this is indeed an unknown object that is foreign to the seabed, the rock that surrounds it has been dated to be around 14,000 years old.