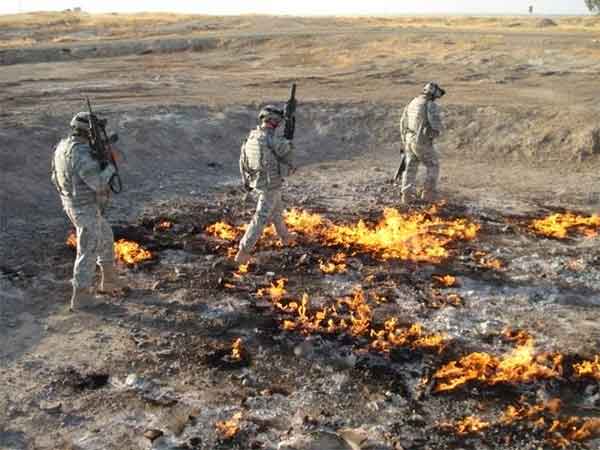 Iraq's home to many biblical and religious landmarks. One of the most striking, however, must be a continuously-burning gas fire called Baba Gurgur, which is located near Kirkuk in Northern Iraq.

The Kurdish name translates to "Father of Eternal Fiery", and is otherwise known as "The Eternal Fire." This seems a most fitting name because the fire has been burning for over 4,000 years.

The Eternal Fire is located on a large oil field, measuring in at 40 meters in diameter. Until 1948, it held the title for the largest oil field in the world before it was surpassed by the discovery of the Ghawar field in Saudi Arabia.

The fire appears to be what the Book of Daniel refers to as the fiery furnace, in which King Nebuchadnezzar, the King of Babylon from 605 BC to 562 BC, threw three Hebrews for rejecting his golden idol worship.

Over the centuries, it's believed that shepherds used the flames to warm their flocks of livestock during cold winter months.

In more recent history, a now-dying belief caused the fire to become symbolic to Kurdish women, who prayed to the flames calling upon the powers beyond to provide them with a baby boy.

Thanks to the understanding of modern day science, we now know that the flames are caused by natural gas seeping through cracks in the rocks at the site.