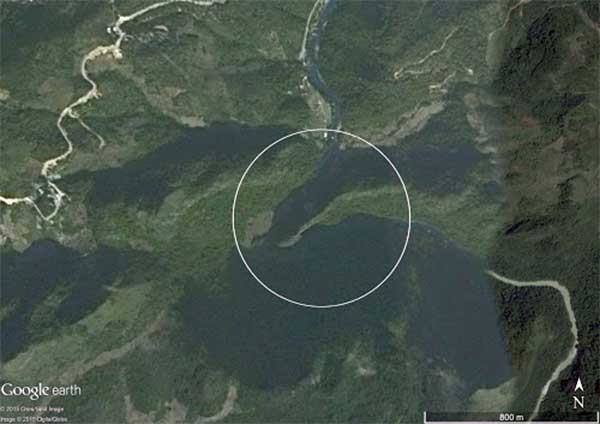 Since its inception, Google Earth has enabled the home user to see the world like never before. Satellite visuals have unveiled some of the world's most secretive areas through a birds-eye view, such as the United States' Area 51, and North Korea - including its infamous labour camps.

It has also helped to open up the world's most remote and unexplored areas. In China, the largest natural bridge on Earth, the 'Fairy Bridge', was virtually unknown to the world until it was observed on Google Earth in 2009 by Jay H. Wilbur, an arch entusiast and founding member of the Natural Arch and Bridge Society. Thanks to his expert eyes, a Chinese photographer "ivanytng" confirmed with a Panoramio that it was indeed a large natural bridge which spanned the width of a river.

In 2010, a team of seven experts visited the area to study the natural phenomenon using laser rangefinders to calculate detailed measurements. It was then confirmed, without a doubt, that it was the largest span natural arch bridge in the world - classified as a Meander Natural Bridge.