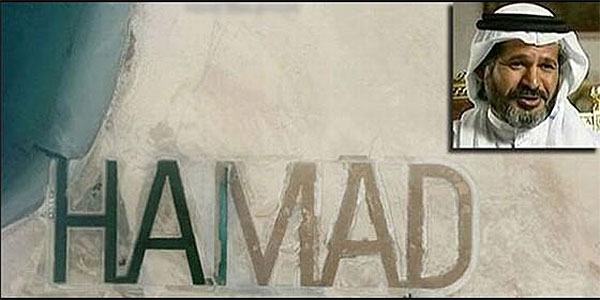 Abu Dhabi and the rest of the United Arab Emirates has had a booming economy in recent history that has created a rich society which is headed by an increasingly wealthy royal family.

With so much wealth at his disposal, Sheikh Hamad Bin Hamdan Al Nahyan or 'The Rainbow Sheikh', a member of the UAE royal family in Abu Dhabi, had a huge carving of his name, 'HAMAD', dug into a section of a private island that he owns.