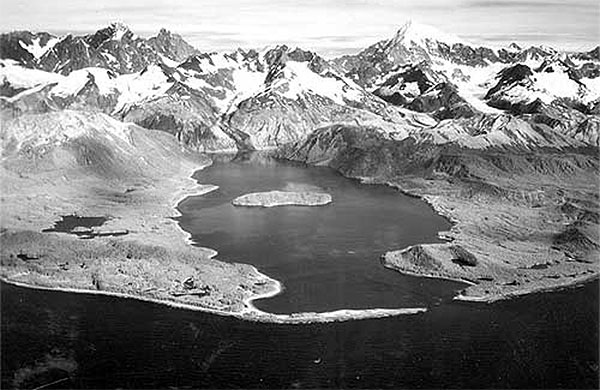 Images of the powerful 2011 Japanese tsunami sweeping along the Japanese coast shocked the world as it engulfed entire towns and coastal areas, reaching heights of up to an astonishing 133 feet (40.5 meters)

It came after a powerful earthquake that measured 8.2 on the Richter scale triggerered a landslide of 30 million cubic meters of rock in the bay's inlet. It hit the water with such force that it generated a humongous wave known as a megatsunami.

The area was sparsely inhabited, but there were reportedly 5 casualties who were onboard a boat that was in the path of the megatsunami..

There's one recorded eyewitness account that was made by Bill and Vivian Swanson who were onboard their fishing boat when the earthquake struck:

With the first jolt, I tumbled out of the bunk and looked toward the head of the bay where all the noise was coming from. The mountains were shaking something awful, with slide of rock and snow, but what I noticed mostly was the glacier, the north glacier, the one they call Lituya Glacier. I know you can’t ordinarily see that glacier from where I was anchored. People shake their heads when I tell them I saw it that night. I can’t help it if they don’t believe me. I know the glacier is hidden by the point when you’re in Anchorage Cove, but I know what I saw that night, too. The glacier had risen in the air and moved forward so it was in sight. It must have risen several hundred feet. I don’t mean it was just hanging in the air. It seems to be solid, but it was jumping and shaking like crazy. Big chunks of ice were falling off the face of it and down into the water. That was six miles away and they still looked like big chunks. They came off the glacier like a big load of rocks spilling out of a dump truck. That went on for a little while—its hard to tell just how long—and then suddenly the glacier dropped back out of sight and there was a big wall of water going over the point. The wave started for us right after that and I was too busy to tell what else was happening up there.

Megatsunamis are incredibly rare and only occur when a cataclysmic event - such as an asteroid impact or a massive underwater landslide - strikes in an open ocean area.