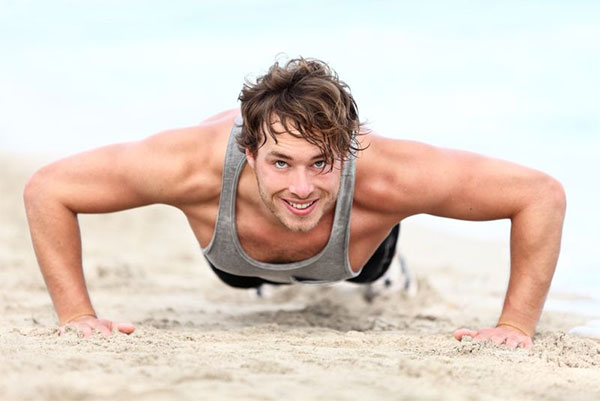 Exercise is an important element to one's health and well-being that is often neglected by many. Exercising regularly, combined with a healthy diet, has many amazing and life-changing health benefits, such as preventing diabetes and Alzheimer's, reversing obesity, and making us feel like a million dollars and much more productive.

By doing some moderate to intensive exercise, you can make yourself both more productive and happier for the rest of the day.

It's well-known that exercise builds muscle and stamina, but lesser-known are the effects on mentality. When you begin exercising, your brain interprets this as stress - as if you are 'fighting the enemy' or fleeing from it; the fight or flight response as it's popularly known. To shield itself from stress, your brain releases a protein called BDNF (Brain-Derived Neurotrophic Factor). This protein has the ability to repair and protect your memory neurons and acts as a reset switch. This is why we feel more relaxed, experience more mental clarity, and generally more happy and upbeat after exercising.

There's also a release of endorphins that also combats stress. This chemical minimizes the discomfort of exercise, blocking the feeling of pain and, sometimes, the triggers a feeling of eurphoria (the "runner's high").

Recently, a study by the Penn State university found that productivity and happiness was highest in those who had worked out the same morning. Interestingly, those who worked out during a month prior to the study also did well on the memory test than those who had been inactive, but not as much as those who had exercised the same day.

Not only does exercising provide short-term benefits, but also brings in a hoard of long-term benefits by preventing disease and extending lifespan.