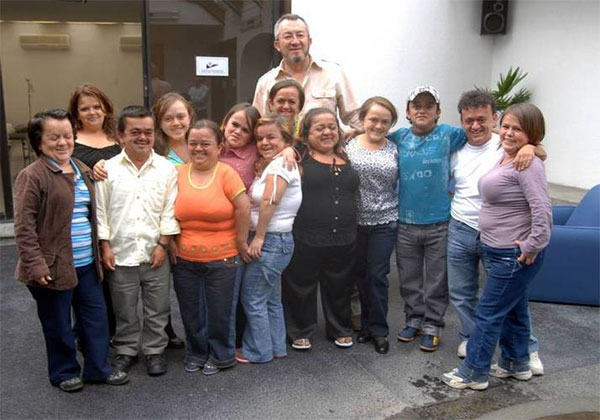 Dwarfism is prevalent throughout the world, but one kind of dwarfism has been associated with some remarkable benefits.

Called Laron Syndrome, or Laron-type dwarfism, studies of people with the condition have found that they suffer from substantially lower rates of cancer, diabetes, bipolar disorder, and generally have a longer life expectancy.

One study in 2011 that focused on an Ecuadorian village with a high proportion of people with Laron syndrome found that the condition "somewhat protected against ageing" and that they were "resistant to cancer and diabetes."

Laron syndrome is most common in people with a Semitic ancestry. Most of today's population with Laron syndrome are Jews or assimilated descendants of Jews, although the condition is not limited to the Jewish diaspora.