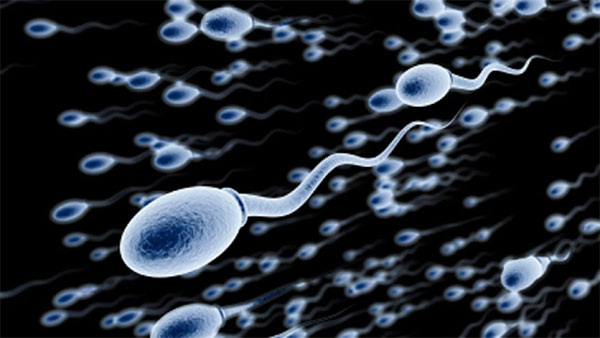 Reproduction is essential for the continuation of life and the survival of each species, so it's no wonder that the human testicles pump out sperm like a wartime factory on steroids.

According to an article on Washington.edu, the average testicles of a human male are capable of producing around 1,500 sperm for every heartbeat. That's an average of 130 million sperm a day, and in four days that's as many people on the planet.