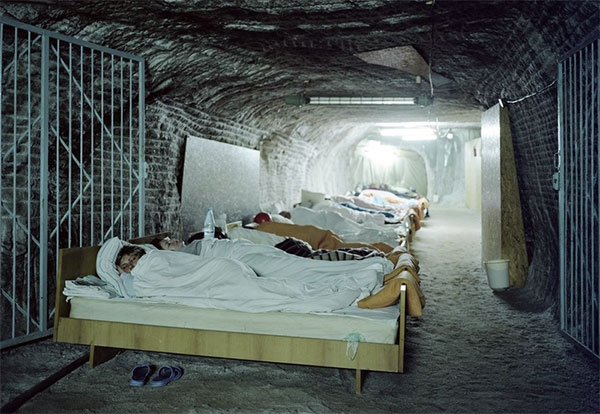 The typical rule of thumb is that the deeper inside of caves you go, the more sterile the unpolluted, untarnished environment is around you. In Ukraine, one such place has been harnessed for the benefit of people suffering with respiratory ailments.

Known since the eighteen century, the 1000-foot-deep underground complex is an old salt mine cave that was converted into a treatment facility in the 1970s. There are no walls - just pure salt caves.

Patients seeking treatment are able to stay the night - or even a few nights if needed. It has been dubbed "speleotherapy," after the study of caves (speleology.)

It's reported that this kind of treatment was discovered in the 1950s when miners in Poland were found to be less prone to respiratory diseases. Subsequently, caves (especially salt caves) were studied for this reason.