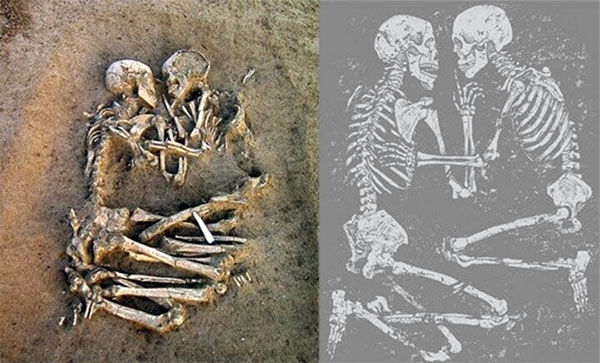 In 2007, archaeologists digging in Italy found the skeletal remains of a young couple in a seemingly eternal embrace - near the city where Shakespeare's romantic tale of Romeo and Juliet was set.

The couple lived about 5,000 - 6.000 years ago during the late Neolithic period and were buried near Mantua, not far from Verona, the city of Shakespeare's famous tragic love story.

Based on their intact teeth, the couple most likely died young and, judging by their intimate embrace, they also died whilst in love.

The archaeologists swore to preserve the embracing couple by scooping the entire section of earth around them while moving them to be studied before being put on display in a museum.