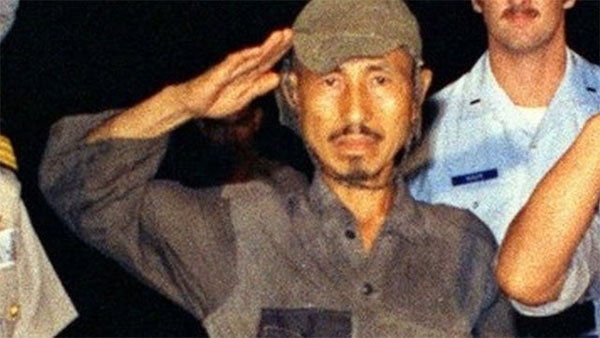 During World War 2, the nationalist sentiment in Japanese culture was staunch with pride. So indoctrinated were some of the members of the Imperial Japanese military, quite a number of soldiers held out for many years after the war had ended, simply because they didn't know that Japan had surrendered. They held onto their nationalist indoctrination and traditional belief that surrender was not honorable.

One of the longest hold outs was an officer named Hiroo Onoda who was stationed on Lubang Island in 1944. His orders were simple: to do all he could to hamper the enemy's attacks on the island. They also stated that he could not surrender or take his own life.

Onoda, who held out with 3 other soldiers, followed his orders and engaged in guerilla activities for 29 years after Japan had surrendered, simply because he did not know the situation on the outside.

During their time in hiding, Onoda and his group killed around 30 of the island's Filipino inhabitants and engaged in firefights with police.

His three companions didn't survive long enough to see the end of the holdout and Onoda was the sole survivor.

In 1974, he was found by a Japanese traveler named Norio Suzuki, whom he told that he would only surrender if he received an order from a superior officer. Months later, the Japanese government flew his aging commanding officer, Major Yoshimi Taniguchi, to meet with Onoda and issue the orders for him to cease all combat activity "in accordance with the Imperial command."

Finally, Onoda, who's story had generated great fanfare in Japan, accepted and returned to Japan as a hero.