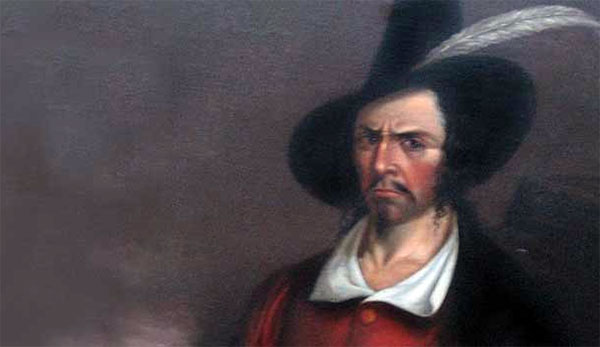 Born in 1780, Jean Lafitte, along with his brother, made his fortunes through smuggling and piracy. The Latiffe brothers earned a reputation for piracy because sometimes they raided and looted Spanish ships in the Gulf, but it was smuggling that really made them their riches.

The local Governor Claiborne of Louisiana had been seeking to capture the heads of illegal smuggling operations, which included Lafitte and his entourage.

During the War of 1812, which saw the English pitted against the United States, Lafitte was approached by the English who, planning to capture New Orleans, offered to make him a captain in the English navy and pay him $30,000 for his services.

Pretending to consider the offer, Lafitte waited for the English to leave before telling a local legislator about the planned attack. He offered to assist in the defense of Louisiana.

Claiborne, refusing to deal with outlaws, ignored the offer. Sometime after, an American warship attacked and destroyed Lafitte's base and captured 80 of his men.

Claiborne had offered a $500 reward for the capture of Lafitte. Upon seeing this, Lafitte, with all his notoriety and fortune, setup likewise posters of bounty calling for the governor's capture for the grander sum of $5,000.