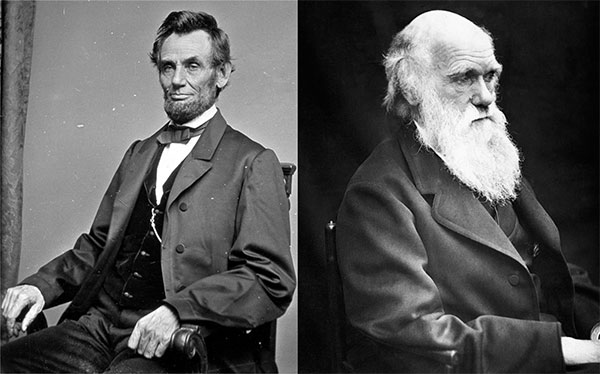 Abraham Lincoln and Charles Darwin are both famous icons that left their mark in history and can often be found in history books around the world.

One little-known fact is that they actually share the same birthday, 12 February, 1809, which was a Sunday.

Charles Darwin was an English naturalist and geologist, famous for his work on evolution and studies of nature, which had a huge impact on the world's understanding of nature and even life itself. He died on April 19, 1882, aged 73.

Abraham Lincoln was the 16th president of the United States who oversaw the abolishment of slavery and the subsequent Civil War, until his assassination on April 15, 1865.