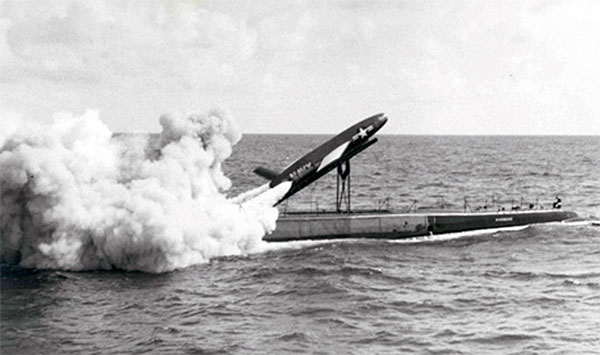 Most of us are familiar with the seemingly arduous few days wait of a highly anticipated parcel. In 1959, as new methods for faster mail transportation were being sought, one experimental delivery by the USPS's predecessor, Post Office Department, could have changed that.

Dubbed 'Missile Mail', the USPS enlisted a U.S. Navy submarine, USS Barbero, to launch a cruise missile loaded with mail. The missile travelled at 600 miles per hour and reached its destination over 100 miles away in about 22 minutes.

Previously, the missile had been intended to be delivered with a nuclear payload, but the warhead compartments were replaced with mail containers.

The Postmaster General, Arthur E. Summerfield, declared the event to be "of historic significance to the peoples of the entire world".

He predicted that "before man reaches the moon, mail will be delivered within hours from New York to California, to Britain, to India or Australia by guided missiles. We stand on the threshold of rocket mail."

Unfortunately, 'Missile Mail' never came to fruition for the general public. The Department of Defense saw the test as a demostration of U.S. missile capabilities, and experts believed that the cost was too high to be justifiable.