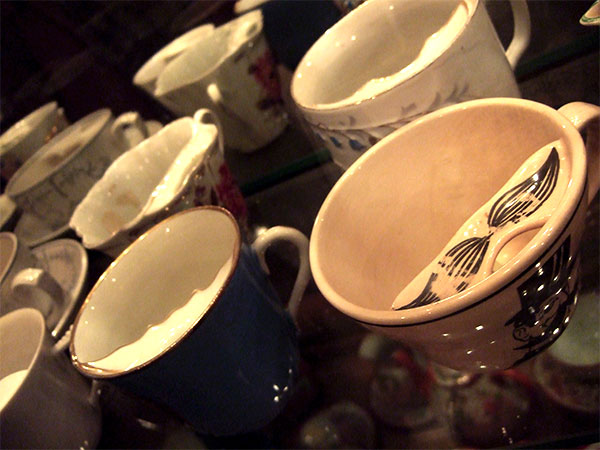 Moustaches were the trendy thing to have in the Victorian times - just look at most of the pictures from that period. So popular were moustaches that a special tea cup was created to protect our predecessor's 'tache.

The 'moustache cup' is a tea cup that wields a semicircular ledge around where a Victorian would have slurped his tea. It was invented in the 1860s by Harvey Adams, a British potter, during a time when moustaches (and tea drinking) flourished in Britain.

During this moustache heyday, it was common practice for men to apply wax to their moustache to keep it firm. This was problematic for the tea and coffee drinkers among them as the heat from the brew would often melt the wax into the cup as they took a sip.

The moustache cup helped to prevent this, as well as preventing the moustache from getting wet.