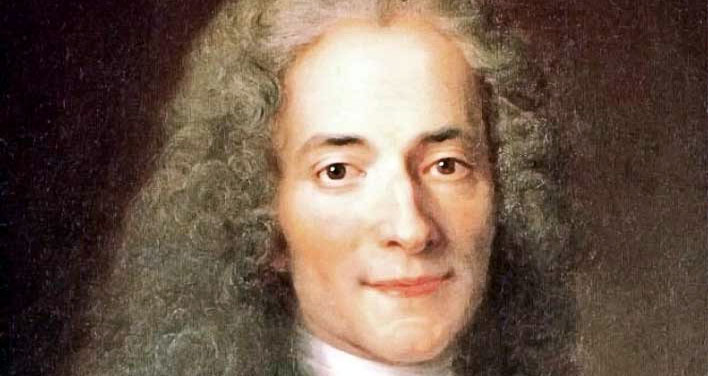 Voltaire was an 18th-century writer, historian, and philosopher who was famous for his wit and outspoken advocacy of freedom of religion, freedom of expression, and separation of church and state during the French Enlightenment.

He proved to be a controversial reformist that thought ahead of his time. He openly and frequently criticised the church and the traditional politics of the time.

He was also a proponent of scientific study. Because of this, he was popular with the modern reformers of the time, but considered notorious by the church.

As he lay on his deathbed in 1778, his opponents claimed that he repented and accepted his last rites.

Those close to him, however, reported that he was characteristically defiant to the end, rejecting a priest's request for him to renounce Satan, stating that "Now is not the time for making new enemies."