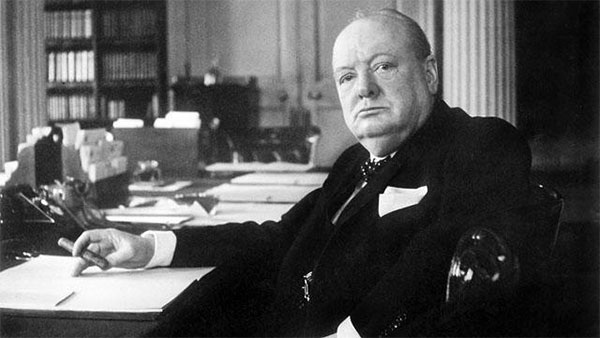 Winston Churchill was one of Great Britain's most famous prime ministers who saw the ailing, yet proud empire through the second World War.

Prior to becoming prime minister, Churchill himself had fought in several wars. In 1899, he left the army to run for an ultimately unsuccessful parliamentary bid. After this, he became a newspaper columnist and travelled to South Africa to report on the Boer War.

Whilst Churchill was aboard a train that was carrying English troops, it was ambushed by Boer fighters. Churchill tried to help the soldiers escape, but was caught and taken as a prisoner of war by the Boers.

He was treated well in captivity, but wrote that he "hated every minute", continuing that he had hated it "more than I have ever hated any other period in my whole life".

During his incarceration, he saw a chance to escape. Rather than just taking off without a trace, he left a letter of apology that he wrote to Louis de Souza, who was the Boer war secretary, which began:

"I have the honour to inform you that as I do not consider that your Government have any right to detain me as a military prisoner, I have decided to escape from your custody."

It ended: "Regretting that I am unable to bid you a more ceremonious or a personal farewell, I have the honour to be, Sir, your most obedient servant, Winston Churchill."