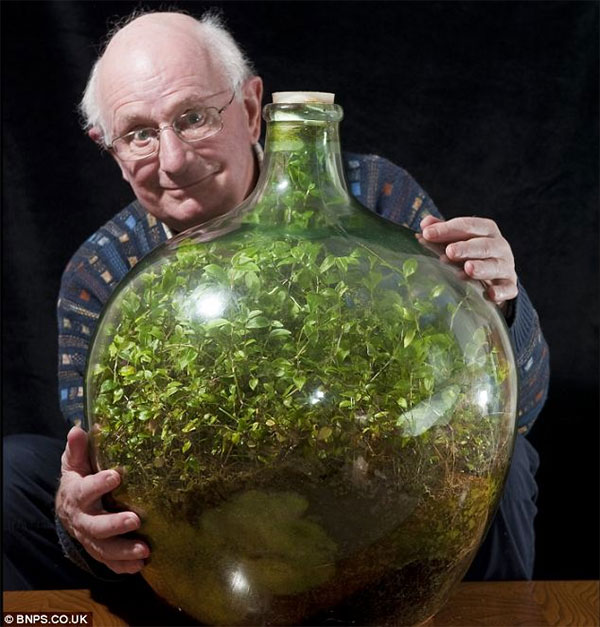 On Easter Sunday in 1960, David Latimer from Surrey, UK, decided to grow a plant in a bottle. Little did he realise that still today, half a century later, it'd still be going strong as if it had been planted months prior. The last time it had been watered was in 1972, after which Mr Latimer sealed the top and has since never reopened.

The bottle has created the perfect environment for the plant to become self-sufficient on its own ecosystem.

Latimer has kept the plant, of the Tradescantia species, in a place where it can bathe in sunlight and photosynthesize. Photosynthesis is the the process that enables plants to create oxygen - this very process also puts more moisture into the air, which has trickled back down to hydrate the plant.

The leaves continue to undergo a normal life span, eventually rotting off and falling to the bottom of the bottle, giving the plant much-needed carbon dioxide that's also required for photosynthesis.

The idea of keeping a plant in a glass bottle came to prominence in early 60s when there was an abundance of glassware after the popularization of plastic bottles.