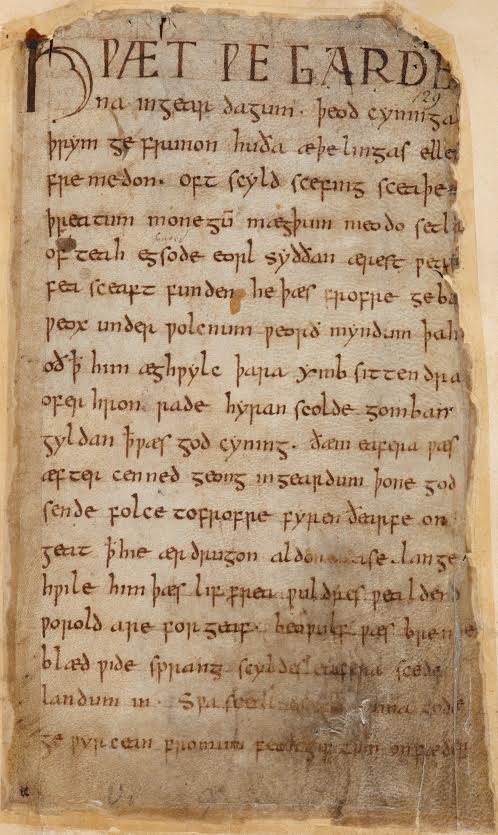 Beowulf has always been one of the most mysterious and fascinating works of literature known to man. Composed in Old English by an unknown author (believed to have been Anglo-Saxon), it's among the oldest original English language works, and it concerns the wild adventures of a Danish hero interacting with kings, gods, and demons. Because its tales are so fantastical, Beowulf is often viewed entirely as a work of fiction, or even an epic fable of sorts. But the truth is that much of it actually appears to have been based on real people, locations, and events.

Perhaps most interestingly, one detailed look at the history of Beowulf revealed that many of the characters are real. Hrothgar (or Hrathgar, as both spellings are common) in particular was a very central character to the Beowulf epic and is known to have been a real Danish king of the sixth century. Though not a great deal is known of his actual reign beyond setting and lineage, Hrothgar has appeared in various sagas and poems beyond Beowulf, which probably means he was a pretty significant king. Perhaps he didn't actually commission young warriors to battle back hell-spun monsters, but it's hard to imagine epic poets being inspired by such a figure if he hadn't had a few noteworthy triumphs. As for modern interpretations, a lot of us know Hrothgar best as Anthony Hopkins from the 2007 Beowulf film (Hopkins apparently had so much fun playing a Norse lord that he just couldn't resist going full Odin on us in Thor).

Even stranger than Hrothgar and others being based on historical figures, the terrible monster Grendel has roots in Biblical lore (which some would consider history, others literature, and others a blend of the two). Other than Beowulf himself, Grendel is probably the most well-known character from the epic to modern audiences, not only because of the 2007 movie but because of other adaptations as well. In one of Gala Bingo's themed slot games, which is titled "Beowulf," Grendel is featured as a bonus adversary. Players are instructed to "watch out for the Grendel attack," and even those who aren't familiar with the poem will get the gist, as the very name "Grendel" has become almost synonymous with "monster." But oddly enough, the largely pagan poetry of Beowulf invokes the Biblical tale of Cain and Abel in describing Grendel, who's been read as a descendent of Cain (who famously murdered his brother).

But it's the actual location of Beowulf that's most interesting, because it's still relevant today. We've known for some time that the general idea of Danish feasting halls for ancient warrior kings were very real places, but only a couple years ago archaeologists claimed to have found a specific site that lines up with events in Beowulf. According to a report published in the Daily Mail, it's now believed that the town of Lejre in eastern Denmark is the likeliest location of the real life Heorot, the hall of King Hrothgar. Once a hub for a powerful Viking kingdom, Lejre is no ruin or cluster of crumbling stones, as one may imagine upon hearing its history. It's actually still an inhabited town! Fewer than 3,000 people live there, but it's a very real place, just a short distance southwest of C openhagen.

That's pretty fascinating on its own, but even cooler is the fact that there's a Baroque mansion that's been built in Lejre. It's not on the exact suspected site of Hrothgar's hall, but in the vicinity. It's as if despite its modest size and unremarkable nature, the town simply calls for lavish accommodations to be built. Ledreborg Mansion was built in 1746 and stands proudly today, available to be rented for conferences and events and used annually by the Danish National Chamber Orchestra.

Now, think about all of that in the simplest possible terms: Beowulf is an out-of-this-world fantasy based on real history, and people can now rent out a mansion that's effectively in the hero's neighborhood. That's almost like saying you can rent out a cottage on the Hogwarts grounds, or buy a beach house around the corner from Rivendell.