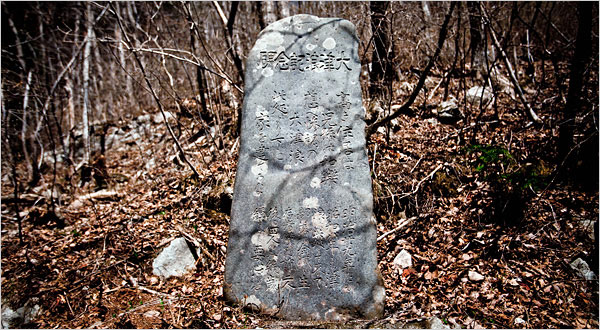 Tsunamis are nothing new to Japan, but the tsunami in 2011 that hit the east coast of Japan was a once-in-a-lifetime disaster that ravaged the entire coastline, taking many lives, even wiping towns off the map and bringing a nuclear power plant to its knees, sparking concern on an international level.

Along the same stretch of coast, there are hundreds of ancient stones that are centuries old - some dating back 6 centuries - that warn residents not to build their houses below certain levels. One of these is located on a hill, 300 foot up from where the waves of the 2011 tsunami reached.

The inscription reads: "Do not build your homes below this point!"

Local residents say that the warning stones are the reason why their village of 11 households remained safe on high ground. Scholars say that only a handful of these villages heeded the stones advice.

The stones are an indication of past tsunamis that the Japanese ancestors experienced, their legacy passed in stone to warn future generations.