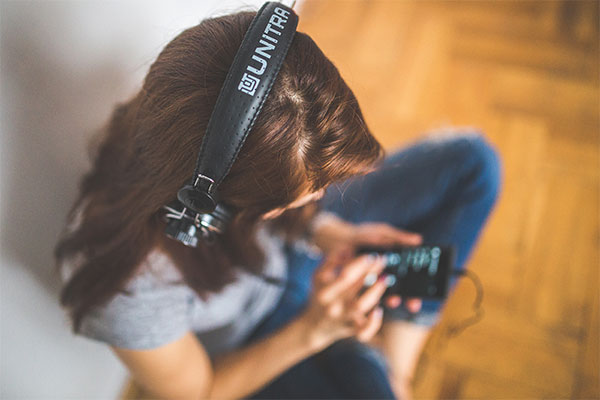 More often than not, music can be used as a productivity tool, not as a distraction as most people believe it to be. Consider this, if when we workout we listen to loud, expressive tracks and that helps us to perform better, pushes us to run that extra mile or do that last pushup, then why couldn’t music also push to create a positive and productive mood within the workplace?

Of course, the effects of music on the brain, regardless of what genre of music it is, are highly documented. They are effects that have not been seen on any other animal. To further explain this, let’s take a look at the areas of the brain which are affected by listening to music.

When listening to music, the part of your brain called the nucleus acumens activates, triggering the release of the chemical dopamine. This dopamine is called the “pleasure chemical” and it lives in a group of neurons in the brain called the Ventral Tegmental.

Now since we all can’t claim to be Derek Shepherd from Grey’s Anatomy, that little explanation above really doesn’t make any sense. So let’s simplify it. Say that you are shuffling through songs on a playlist given to you by a friend and suddenly, a new song starts playing and you find that you really like it, so you save it to your personal playlist. That excitement you felt over that new song? That’s the chemical dopamine at work inside your brain. The amount of dopamine released correlates and is largely dependent on the element of surprise. Therefore, the more surprise, the more dopamine and a happier you. It’s simple math, really.

Deeper than the Words on the Page

Music, from an evolutionary standpoint is something that allows human to connect in a very synchronized way. It’s a tool that we use to connect and form a group identity and it makes us want to work together productively. It’s an important distinct advantage that we pose as humans, it really sets our species apart.

This can translate to work as well. Music is tool that many people, without even knowing they are doing it, use to help them complete boring and menial tasks at a faster rate. For example, haven’t you ever turned on the radio when your mom’s given you a long list of chores to do? Suddenly, you’re dancing with the broom across a spotless kitchen and you wonder how you got there? Music!

There have been many many studies on just this phenomenon and all of them have shown that listening to music not only puts the test subjects in a better mood, triggering dopamine releases but it also helps them to be more productive and finish whatever task was set before them quicker and faster than those test subjects who went about their tasks without music.

Of course, sometimes it is neither the time nor the place for music to be blaring, so use your judgment. But then again, there was a reason someone invented headphones!