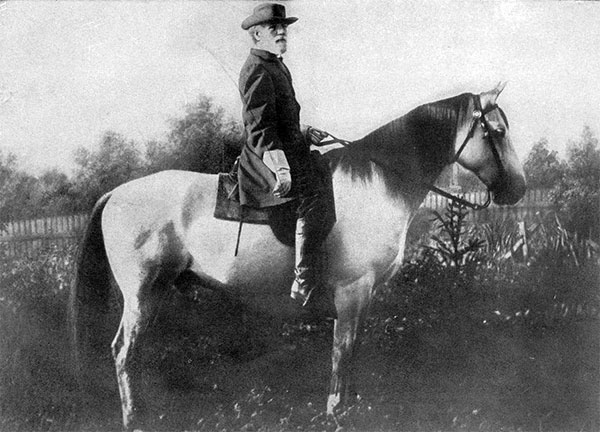 Pretty much everyone who's ever visited a casino or looked into playing cards has heard the term "stud poker," and most probably haven't ever wondered where it came from. The way we look at it, the "stud" may as well be silent; it's just a more official term for poker, right?

Well, not at all, really. The term "stud poker" actually originated as "stud horse poker," which involved painting 52 horses with the 52 official card values and riding them to different spots around a giant field to signify dealing out cards. Just kidding. I was making sure you were paying attention. Actually, according to one report from the Southeast Missourian back in the early-'90s, one official said of stud horse poker, "nobody knows what it is." So hey, maybe that previous description wasn't far off.

Whatever the case, we know now that stud poker has taken on a pretty commonly understood format in poker rooms all over the world. It has a number of different specific variations, though the most commonly recognized is probably five-card stud. Betfair explains the origins of five-card stud as dating back to the American Civil War, and describes the game as one in which players are dealt some cards face-down and others face-up. Basically this means that competitors can see some but not all of their opponents' hands, and this is significant because it actually lines up with one man's claim to know the history of stud horse poker.

A poker player named James Lewis wrote in to the LA Times regarding the origin of stud horse poker. He claimed that the term arose from one of the earliest American poker games, which occurred "in a backwoods saloon somewhere in Ohio, just after the Civil War." In other words, it was a contest between a bunch of likely drunk and almost certainly gruff war veterans.

As the story goes, one such war-worn, poker-playing fellow had three kings in his hand in a game of what was then just "draw" poker. Having put all his money on the table already, he left the saloon and returned leading a stallion inside and tying it to his chair as additional betting collateral. However, having realized that his fellow players had likely peeked at his cards in his absence, he demanded that each player turn his three cards face-up, discard two of them, and draw two others face-down (basically the foundation for modern stud poker). Under these new requirements, his "stud" thoroughbred was placed in the betting pool.

Unfortunately, it's unknown whether or not he lost the horse. But at least the story explains the origins of the term, and frankly makes poker a little more interesting.