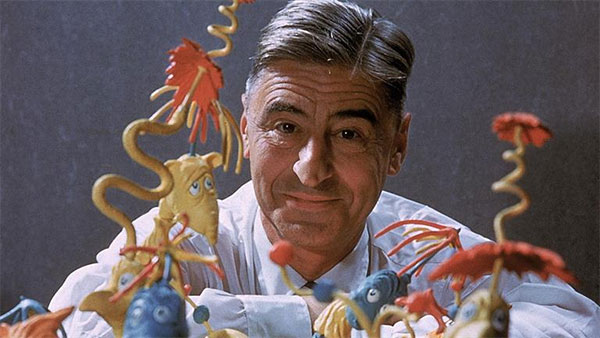 Nerd is a popular term used for describing people who are more intelligent and/or intellectual than their peers, quite similarly to the word 'geek' (but they're not quite the same).

Today, there are all kinds of interests that fit stereotypical groups of 'nerds', such as computer nerds, anime nerds, star wars nerds, and the list goes on....

The word 'nerd' first appeared in one of Dr. Seuss's books published in 1950; If I Ran the Zoo. The narrator proclaims that he will travel and bring back "a Nerkle, a Nerd, and a Seersucker too" for his imaginary zoo."

Interestingly, the nerd was not a pale kid with taped-together glasses, but a small creature from the land of Ka-Troo.

In the mid-1960s, 'nurd' appeared in a publication by a Rensselaer Polytechnic Institute student. According to local tradition there, "knurd", which is actually drunk spelt backwards, described people who choose study over partying.

There's speculation by the Online Etymology Dictionary that the word evolved from the term 'nert', which was widely used in the 1940s and meant "stupid or crazy people". 'Nert' itself was derived from "nut".