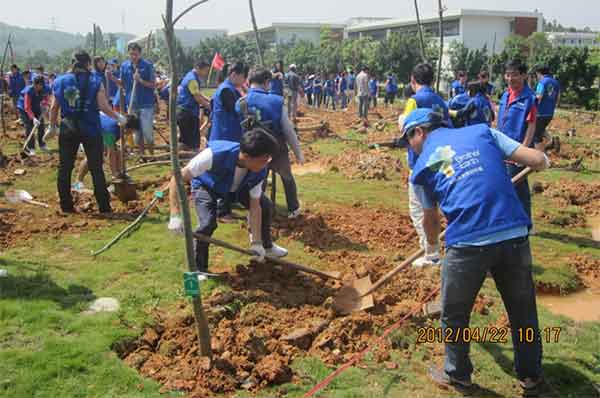 Deforestation has been a problem besetting the environment and landscape in China for thousands of years.

There's even evidence from as far back as 2000 years ago, when significant deforestation near a major waterway called "The River" removed the erosion-inhibiting tree roots, subsequently enabling a great amount of sediment to permanently taint the river. From then forth, it became known as the "Yellow River".

That was until 1981, when the Chinese government finally took action and passed a resolution that made it a duty of every citizen over the age of 11 to plant at least one tree annually.

In 2008, it was reported that the program had increased forest acreage by 4.77 million hectares. For 2009, they planned to plant 5.48 million hectares, with volunteers planting about 2.5 billion trees.

According to the report, the campaign aimed to give 'green coverage' to 20% of the country by 2010.