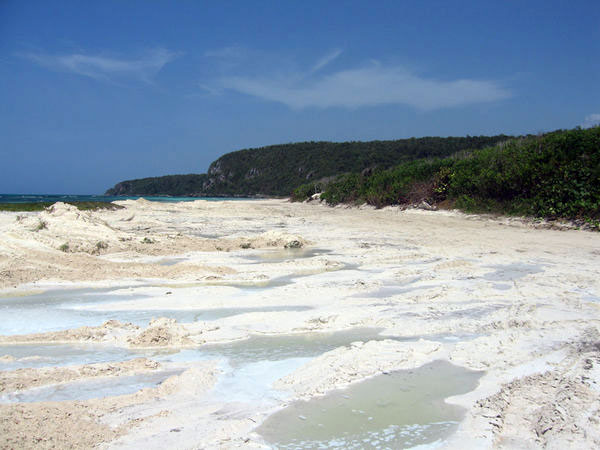 The beach at Coral Springs in Trelawny, Jamaica, used to be a small picturesque white sand beach, but, in 2008, that all changed when thieves made off with 500 truckloads of sand, devastating the beautiful layout and even causing parts of it to flood.

Nobody was arrested in the subsequent investigation that left police baffled, and it remains a mystery to this day.

Sand mining is a known problem in Jamaica because many people elect to build their own houses. Also, the popular tourist industry means that there's demand for more hotels a lot of which use sand for their own purposes such as artificial beaches.

The quantity and type of sand that was stolen indicates that it was the latter that is the main culprit.

Another case of beach theft occurred at an artificial beach in Hungary in 2007 where tons of sand were stolen by thieves. Like the Jamaican theft, it has never been found. Hungarian investigators blame the Schengen Agreement that grants citizens freedom of passage around the European participant states.