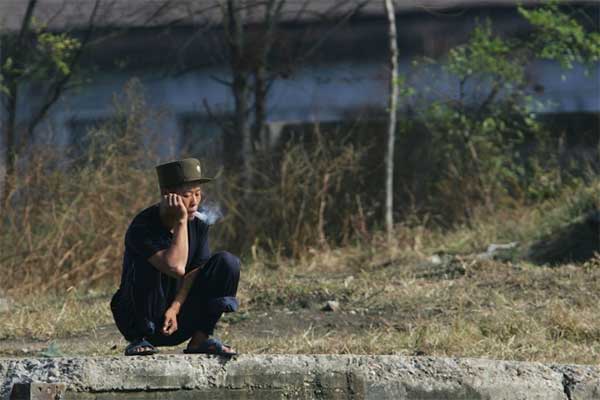 The pace of the legalization of cannabis in the USA has been propelled by the increasing number of staunch activists who are, it seems, as morally motivated as the Civil Rights Movement were in the 50s and 60s.

One little-known fact, however, is that it has been legal all along in a country that's the polar opposite on human rights: North Korea.

In the world's most secretive and isolated state, it's completely legal and de jure. You can possess, smoke, cultivate, and even sell cannabis, otherwise known as 'yoksam' to North Koreans.

It may not seem ideal to sell anything in the capitalist-hating authoritarian communist dictatorship, but there have been reports that bags of cannabis are sold in various private North Korean marketplaces - a few of which the communist government tolerates - and subsequently smoked with impunity.

The Netherlands, with its capital Amsterdam famous for its cannabis cafes, has tolerated and mostly permitted the consumption and sale of cannabis, albeit in a controlled manner.

Outside of North Korea, Uruguay is perhaps the closest to complete legalizaton, where the law is extremely lax on the issue. However, proposed plans mean that the sale of cannabis will only be through the authorities' cultivation.