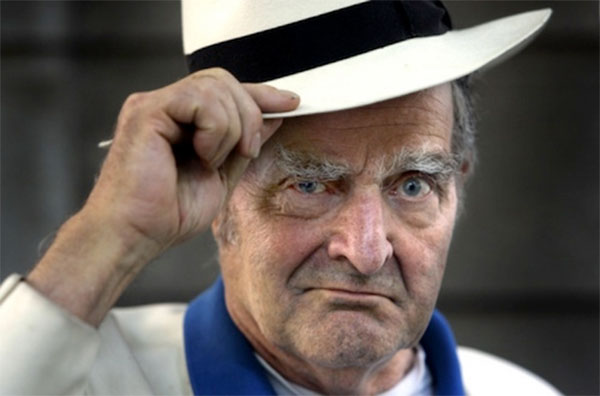 A year later, he approached his publisher with a novel that suspicoiously featured seven explicit ways one could go about killing their spouse. One grisly scenario describes how to dispose of their body by pushing it chunk by chunk through a mincer and feeding it to pigeons.

Initially, Richard Klinkhamer was the prime suspect when his wife, Hannelore Klinkhamer, went missing. He was questioned several times at his home and from a cell by detectives, all the while denying the murder. Even a Dutch airforce F-16 flew over the garden and performed an infrared scan. Fruitless was the investigation and Klinkhamer was not charged. The authorities concluded that there could not be a murder inquiry without a body.

Afterwards, Klinkhamer continued to live in the house and enveloped himself in writing and heavy drinking, while suspicions within the community brewed.

Eventually, he resettled with a new girlfriend in Amsterdam and enjoyed somewhat of a cult status, with aspiring crime writers idolizing him. Ostensibly enjoying his position in life, he continued to write and even made television appearances for interviews.

In 2000, his luck finally ran out when the new occupants in his original house decided to renovate the garden and found his wife's skull 'buried in a piece of clay' underneath the shed.

Subsequently, Klinkhamer was arrested and was sentenced to six years in prison after he confessed.