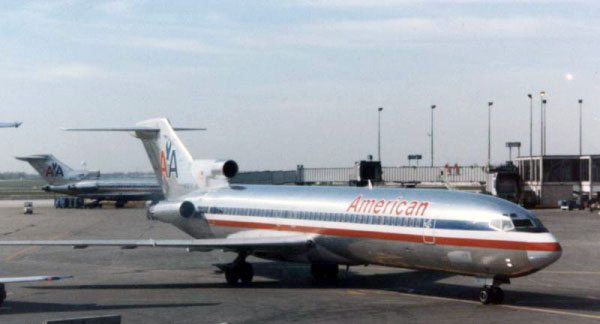 Recent times have proven rocky for aviation after a spate of air accidents around the world that has knocked many people's confidence.

One such incident was Malaysian Airline's flight MH370, which vanished over the South China sea, sparking a massive search mission that, at the time of writing, has so far bore no fruit - over a year afterwards.

MH370. however, wasn't the first aircraft to go missing. In 2003, a Boeing 727-223, owned by American Airlines and leased to TAAG Angola Airlines, mysterously took off and vanished from the Quatro de Fevereiro Airport in Angola, ostensibly stolen.

The aircraft had been refitted for the transportation of diesel fuel and was left idle at the airport, subsequently racking up $4 million in neglected airport fees.

It was the 25 May, 2003, when two men reportedly boarded the plane, fired it up, and took off in a somewhat erratic way. The two men believed to have been on board were an American Airlines pilot and a flight engineer, Ben Charles Padilla. Neither were cleared to fly the plane, but both of the men had been working with Angolan mechanics to get the plane flight-ready.

There are several theories floating around about the fate of the plane. The sister of Padilla speculates that the flight engineer was at the helm of the plane and either crashed it somewhere in Africa or is being "held against his will."

The FBI and CIA headed an international search for the aircraft, but it was never found and the location of the plane and the events surrounding its disappearance remain a mystery to this day.