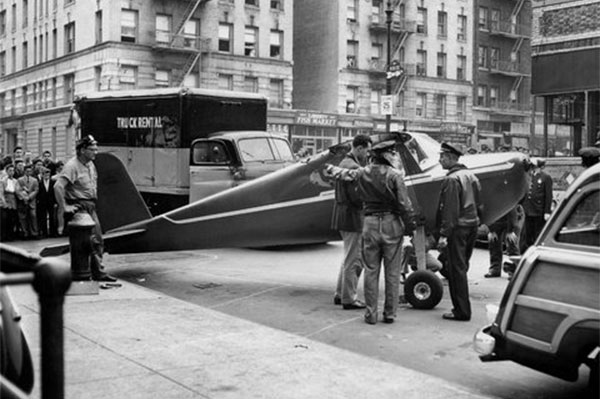 There have been many magnificent plane landings that have been widely reported, such as the US Airways jetliner that successfully landed on the Hudson River in 2009, saving all on board from disaster.

After a bet at a Manhattan bar that he couldn't get back from New Jersey in 15 minutes, an intoxicated Thomas Fitzpatrick reportedly stole a single-engine plane from an aeronautics school in New Jersey and landed it right in front of the bar where he'd been drinking on St. Nicholas Avenue in Manhattan.

Fitzpatrick successfully pulled off the risky stint on the narrow landing area whilst drunk. One would think that once would be enough to tell your kids about, but Fitzpatrick ended up doing almost same thing two years later after a night of drinking.

Both times he was charged with wrongdoing.