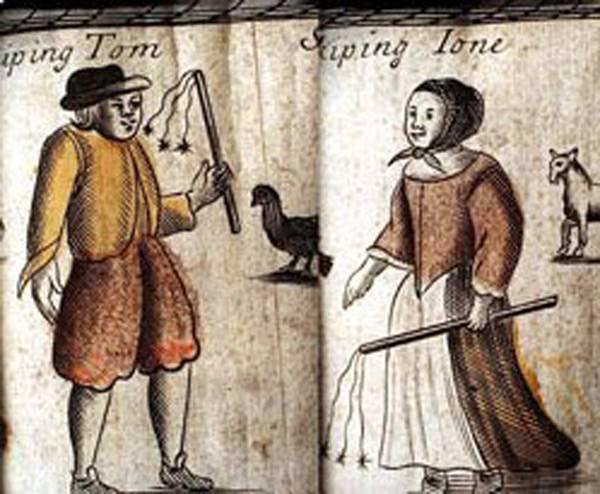 London's history is rich with shadowy figures. Most notable of these, perhaps, was Jack the Ripper, the infamous murderer who was active in the 19th century.

One not so well-known mysterious attacker that plighted London was called "Whipping Tom", named so because he assaulted his victims, all women, by grabbing hold of them, lifting their dress, and spanking their buttocks. Sometimes, this was accompanied by him shouting "Spanko!" before fleeing.

Whipping Tom was active in the late 17th century, with one publication in 1681 writing "the Generation of that Whipping Tom, that about Nine years since proved such an Enemy to the Milk-wenches Bums."

Much to the dissatisfaction of the local populace, Tom evaded capture. This spurned the locals to form vigilante patrols in the affected areas. Eventually, two people, a local haberdasher and an accomplice, were captured and charged with the attacks.

In 1712, a copycat, also dubbed Whipping Tom, was reported who targetted women in the countryside, spanking them with a birch rod. However, his spanking spree was short-lived as he was caught. He turned out to be a man named Thomas Wallis and he confessed to the attacks.