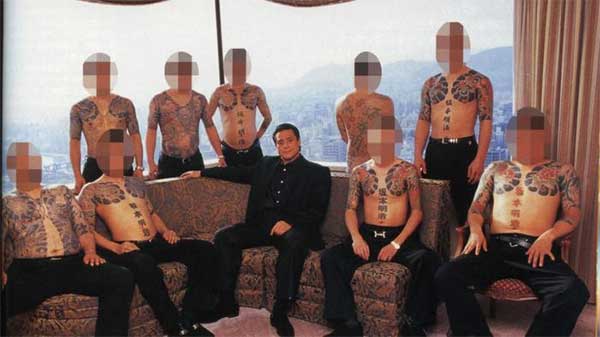 On March 11, 2011, the world saw the devastation that a 9.0 magnitude earthquake and subsequent tsunami wrought upon Japan.

One of the surprising facts that wasn't so well broadcast is that among the first responders were the Yakuza, Japan's largest crime syndicates.

Often considered a mysterious multi-layered criminal organisation that plagues the Japanese underworld - and even industry - the Yakuza seemingly rose up from beneath the murky shroud to meet the humanitarian needs of people caught in the devastation, sending trucks from Tokyo and Kobe to deliver much-needed food, water, blankets, and toiletries to the emergency centres in northeast Japan - the most effected area of the earthquake's byproduct tsunami.

This wasn't the first time; they did the same in 1995 when a huge earthquake struck Kobe.

The goodwill gesture is seen by authorities to be a sugar-coated blanket that is designed to give the syndicate a good name. However, Manabu Miyazaki, thinks otherwise: "They've suffered, and they're just trying to help other people who are in trouble," he told Reuters, hinting that the ulterior motive is a legitimate move to help those who are in need.

Others are more sceptical: "If they help citizens, it's hard for the police to say anything bad," claims Tomohiko Suzuki, a specialised journalist who has written several in-depth books on Japan's grimy underworld, going on to claim that the Yakuza are positioning themselves to gain contracts for their construction companies in preparation for the massive rebuilding to take place after the dust has settled.