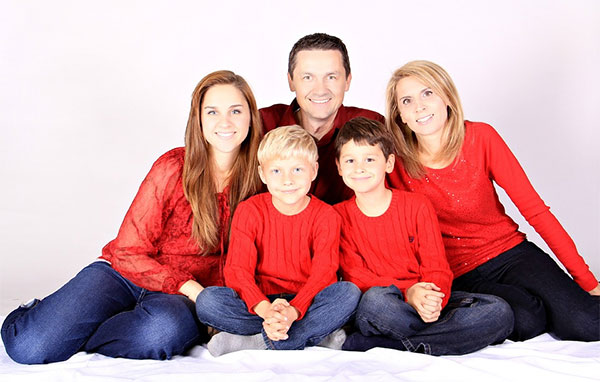 Sometimes it's easy to look at a child at see who their parents are, sometimes not. Inheritance of parental attributes can be quite variable, but there are some notable averages that are interesting to say the least.

The researchers stated that the findings are pretty clear, when it comes to averages: Taller fathers tend to produce taller offspring, whereas their weight did not seem to be as inherant.

However, the mother's body fat was quite a significant factor in a baby's birth weight.

This makes sense, because overweight mother's tend to have higher levels of fat-causing substances, such as sugar, in their blood stream, making for a fattier environment in the womb.

A midwife, Dr Beatrice Knight, who was part of the research team highlighted that environmental - as well as genetic - factors are also key to the growth of a child:

Obviously one of the biggest influences on a baby's growth is the size of the mother.

But we have confirmed that a father's height also has a direct impact on their baby's growth, with taller dads having longer and heavier babies.

Despite the initial reluctance of many fathers to have bloods taken, we have managed to obtain a vast amount of high quality information from the men in our study, for which we are enormously grateful. This has proved essential in trying to identify the genetic influences on babies' growth.