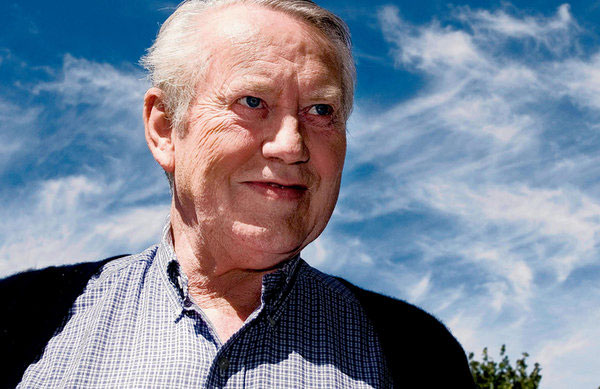 Born during the Great Depression of the 1930s, Chuck Feeney became an entrepreneur at an early age and has spent the last 30 years giving almost all of his money away.

After working in Signals Intelligence during the Korean War and graduating from Cornell University afterwards, Feeney began selling goods to U.S. troops that were stationed in Europe through a business that later became known as Duty Free Shoppers, which nowadays is the world's largest luxury goods retailer.

Feeney quickly rose in the business world and became one of the world's billionaires, but that wasn't set to stay the same.

"I had one idea that never changed in my mind—that you should use your wealth to help people. I try to live a normal life, the way I grew up," Feeney told Reuters. "I set out to work hard, not to get rich."

In 1982, he sought to distribute his wealth to helping society, such as education, and so founded The Atlantic Philanthropies through which he channeled most of his philanthropic endeavors.

By 2012, it had reportedly donated US$6.2 billion and planned to spend $1.3 billion more by 2016. Most of the donations supported health and social projects in Australia, Bermuda, Ireland, South Africa, the U.S., and Vietnam.

He only emerged from anonymity in 1997 and has granted few interviews, preferring to avoid publicity regarding his donations. He emphaizes his belief that people who have massive wealth should use it for "a greater good".