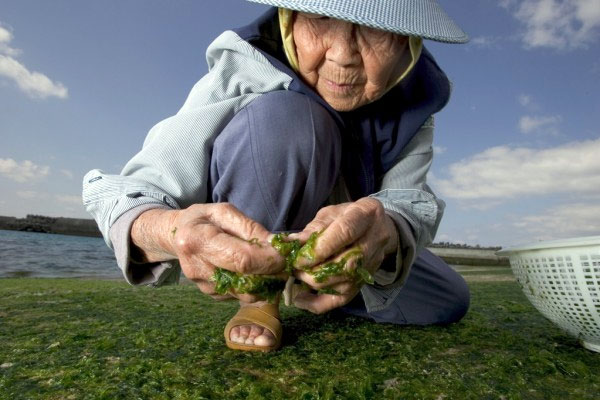 Living to become a centenarian is becoming more common as people are living longer, but it's still remarkable. It can be a good indication of the well-being of the population and provides insightful information into how lifestyle and dietary habits affect longevity.

The place that has the most people over 100-years-old is none other than the island of Okinawa in Japan. According to reports from 2012, there are over 450 centenarians in Okinawa alone. It has been touted as the healthiest place on Earth.

Their longevity has been attributed to their diet and lifestyle, which also enables them to enjoy happy and healthy lives. For example, Seikichi Uehara, a 97-year-old martial artist, defeated an ex-boxing champion who was in his 30s.

The average Okinawan diet consists largely of rice, fish, and vegetables. Red meat isn't a regular feature in their diet. Staples include tofu, vegetables like bitter gourd and sweet potato. The sweet potatos in Okinawa are known to be especially nutritious.

There's an old Okinawan saying that fits the bill perfectly: "At 70 you are still a child, at 80 a young man or woman. And if at 90 someone from Heaven invites you over, tell him: 'Just go away, and come back when I am 100.'"