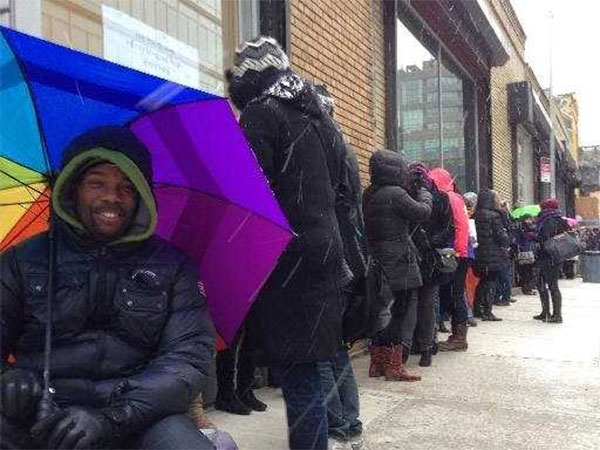 Sometimes, people tediously wait in line for days waiting for a highly anticipated release of something, like a game or console.

There's one man who saw this as a niche. Robert Samuel, based in New York, founded the company Same Ole Line Dudes and accepts payment for standing in your place in a line.

His job title has been dubbed as a "professional line sitter" and he waits for anything. Examples include sales of samples, the latest iPhone release, and Saturday Night Live tickets.

Samuel charges $25 for the first hour and $10 for every half an hour after that. He stated that in one week, he can make around $1000 U.S. Dollars.

He also enlists the help of his friends, who he says have turned into his employees. Now, whenever he gets a job, he texts a dozen or so friends to see who wants the job.

One friend-turned-employee generated the company a juicy $800 when he waited in line for 43 hours for a Shark Tank audition in Denver.