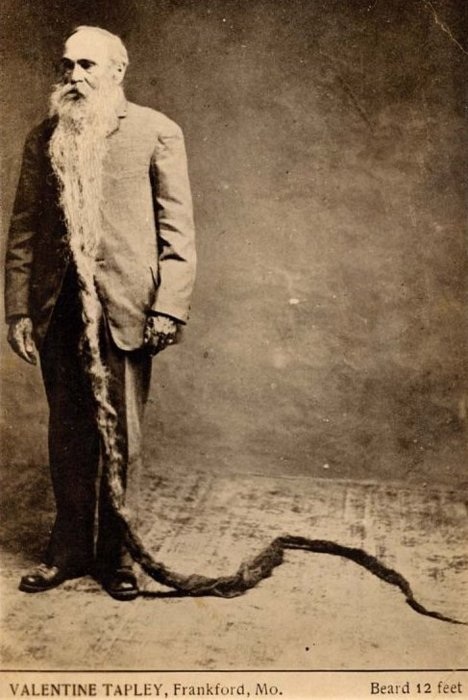 For some people, promises are set in stone no matter what. For one American man, one small promise led to a big commitment that he stuck to for the rest of his life.

Valentine Tapley was a Missouri Democrat who, during Lincoln's presidential campaign, promised that if Lincoln was successfully elected, he'd never shave his beard again.

Well, we know how history transpired. Much to Tapley's dismay, Lincoln won the election in 1860 and assumed office soon after.

Tapley did indeed stay true to his promise for the rest of his life. From 1860 until his death in 1910, he never once shaved his beard. Upon his death 50 years after he made the promise, Tapley's beard had grown to an impressive 12 feet and 6 inches in length.