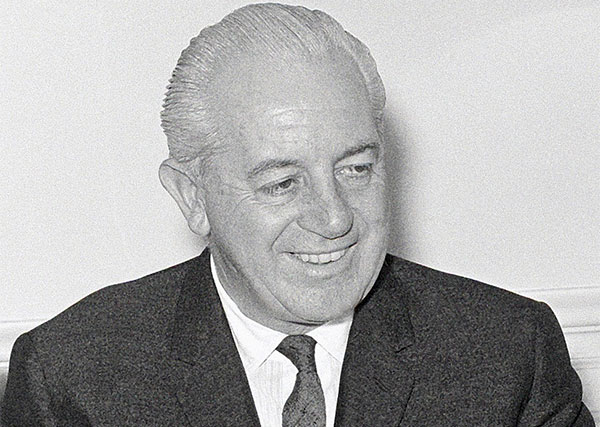 Harold Edward Holt was Australia's 17th Prime Minister and he had been a member of parliament for 32 years. However, during his first term in office as Prime Minister in the December of 1967, he disappeared and was never found.

It was on the Sunday morning of 17th December 1967 when Holt decided to drive down to Melbourne with friends and bodyguards to see British Yatchsman Alec Rose sail through port.

Later on, the party passed Holt's favorite swimming and snorkelling spot at Cheviot Beach, east of Port Phillip Bay, and decided to take a dip. Holt himself took to the water, which has notoriously strong currents and rip tipes.

Soon after, he disappeared from view and the situation quickly escalated into one of Australia's largest search operations ever, but alas he was never found.