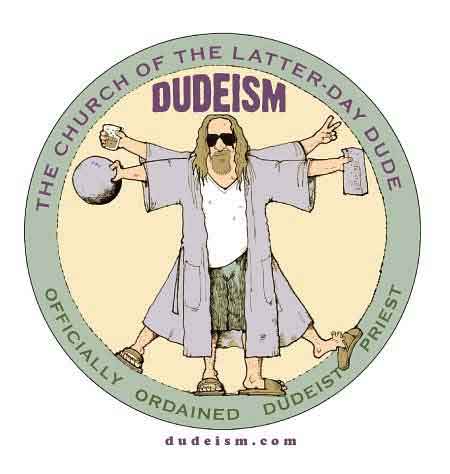 Up to now, we've heard of some rather interesting religious institutions being spawned in recent times. Examples of these include the Church of the Flying Spaghetti Monster and the National Church of Bey. However, it seems that there's another one that's worth mention: Dudeism.

This chillaxed religion promotes a modern form of Taoism, with other external influences being brought in. It was spawned from the movie "The Big Lebowski," after it inspired the current real life founder, Oliver Benjamin, who is a journalist based in Thailand.

It follows three main principles: "going with the flow, "being cool headed," and "taking it easy."

Dudeism is often perceived as a mock religion, while the founders and many followers really do regard it seriously.