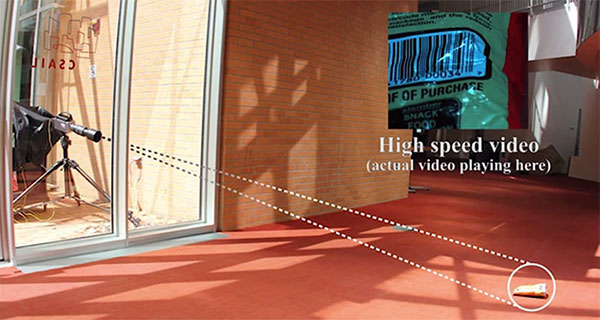 Reminiscent of something out of James Bond, scientists at MIT have figured out a way to recreate conversations without actually hearing them. To do this, they computed the audio output based on the vibrations that a potato chip packet made while the conversation was being held.

They pointed a video camera at the potato chip bag that was positioned on the floor in the same room as the conversation that was being held. They then detected the vibrations that the packet made and converted it using a fine-tuned computer algorithm, turning it back into its original form.

The potato chip bag is just one example where this process can be used, and the researchers claim that they've successfully found other methods, including plant leaves and a glass of water.

The researchers used a nifty high-speed camera to pick up the vibrations, but they claim that they're also able to achieve the recreation of basic audio information from a common digital camera.