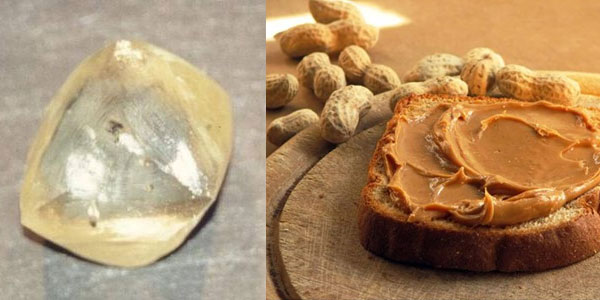 In 2007, a team of scientists from the Edinburgh University proved that it was possible to make diamonds from peanut butter using a technique involving pressures higher than those found at the Earth's core.

They say that it was made possible by a "stiletto heel effect" where they squeezed the peanut butter paste between the tips of two diamonds.

Surprisingly, it's possible to create diamonds from many materials that contain carbon - which includes even peanut butter.

"Pressure can cause extraordinary changes in all kinds of materials and can create completely novel materials." Professor Malcom McMahom, one of the scientists involved, is quoted as saying.