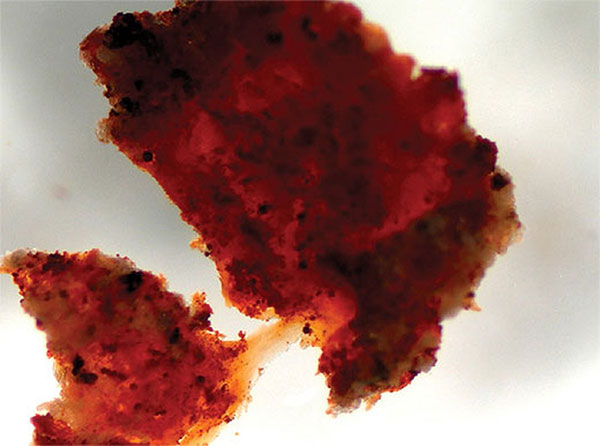 The Tyrannosaurus rex is one of the most iconic dinosaurs known to man, thanks to films such as Jurassic Park. Roaming Earth 68 to 66 million years ago, the fearsome giant measured in between 4.6 to 6 meters in height and 12 meters long, with a ferocious set of teeth, perfectly designed for slicing into other dinosaurs.

In 2005, scientists dissolved part of a T-rex bone in acid to see what it would reveal. To their surprise, they found soft tissue with sections that could possibly harbor DNA.

The Tyrannosaurus went extinct about 65 million years ago. That's a very long time ago - so how could soft tissue possibly survive?

At the time, the finding was considered controversial because many believed that soft tissue proteins should decay within a million years in the most ideal of conditions.

In 2007, the findings were confirmed after scientists ran further analysis on the purported tissue - and that it was present in around half of their samples as far back as the Jurassic period.

The problem is, for 300 years, we thought, 'Well, the organics are all gone, so why should we look for something that's not going to be there?' and nobody looks,
- Mary Schweitzer, molecular paleontologist heading the research

The answer, it seems, is iron, which preserved the tissue and prevented decay. Iron is an element that is found in abundance in the body. It's highly reactive with other molecules, so the body keeps it under tight control, binding it to molecules that keep it in check and prevent it from damaging tissues.

This protective measure is no longer in effect after death. The iron forms iron nanoparticles and creates free radicals.

The free radicals cause proteins and cell membranes to tie in knots; they basically act like formaldehyde

Formaldehyde actually preserves tissue by creating a synergy with amino acids that make up proteins, making them increasingly decay-resistant.

The research team found a close association with dinosaur soft tissue and iron nanoparticles after testing the T.rex and another speimen - Brachylophosaurus canadensis.

Subsequently, they applied the preservation concept on two groups of blood vessels from a modern-day ostrich by soaking one set in a liquid that contained red blood cells that were rich in iron, and the other in water. The latter turned into a pungent mess within days. However, remarkably, the blood vessels soaked in iron-rich red blood cells were still intact years later.

Even more remarkable is that the scientists have since found a way to remove iron from their samples, enabling them to analyze the original proteins. This has lead to the discovery of proteins that bear a similar chemical hallmark to DNA. However, Schweitzer, the lead scientist on the research team, has emphasised that the presence of DNA has not strictly been proven, yet.