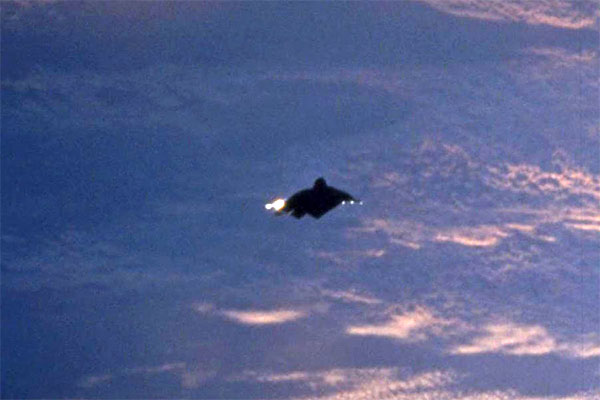 Since the 1930s, astronomers around the world have been reporting strange radio signals reportedly coming from an artificial satellite that has been named "The Black Knight Satellite".

Rumor has it that Nikola Tesla was the first person to intercept a signal from from the Black Knight Satellite in 1899 after he built a high-voltage radio device and allegedly picking up a mysterious repeating radio signal.

The first publication that explained about the satellite was ran in 1954 by the St. Louis Post Dispatch and the Sanfrancisco Examiner, which featured stories by a retired naval aviation major and UFO researcher that claimed the US Air Force had reported that two satellites that were orbiting Earth had been detected.

No satellites had been launched into orbit by any government agency on Earth at that point.

Since then, monitoring agencies around the globe have been reporting radio signals coming from the Black Knight satellite.

In 1954 on the 23rd of August, the magazine Aviation Week & Space Technology ran an article about the Black Knight Satellite that detailed secret information, angering the Pentagon.

Various photos of the alleged satellite have since emerged. In 1957, Dr. Luis Corralos of the Communications Ministry in Venezuela snapped it while trying to take a photograph of Sputnik II as it passed over the capital.

In 1998 during the STS-88 mission, an object was photographed by NASA that's claimed to be the mysterious satellite, but experts speculate that it was more likely a thermal blanket that had been lost.

A Ham Radio operator who apparently decoded various signals from the satellite claims that it originated from the Epsiolon Bootes Star System 13,000 years ago.