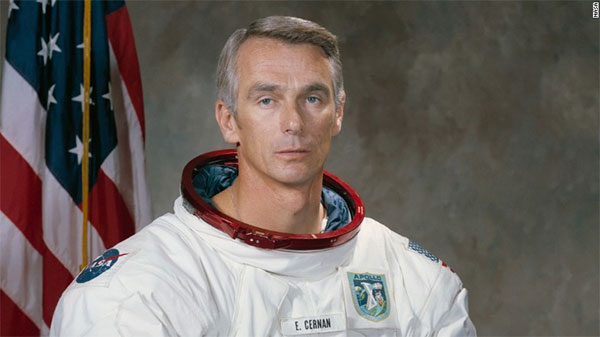 Humanity hasn't been to the moon for a long while now, but relics from our time there can still be found. Arguably the most most famous are the two golf balls that were shot over the lunar surface by the astronaut Alan Shepard on February 6, 2017, at the end of the Apollo 14 mission.

Probably one of the most sentimental and personal relics, however, must be the one left by Gene Cernan - the last astronaut on the moon.

According to his autobiography, after Cernan drove the lunar rover about a mile away from the lunar module to deploy a video camera for recording takeoff, he etched into the lunar dirt "T D C" - his daughter's initials.

Due to the lack of atmosphere and erosion by wind or water on the lunar surface, the initials - as well as the astronaut's footprints - will last a very, very long time. Perhaps even as long as the moon itself.