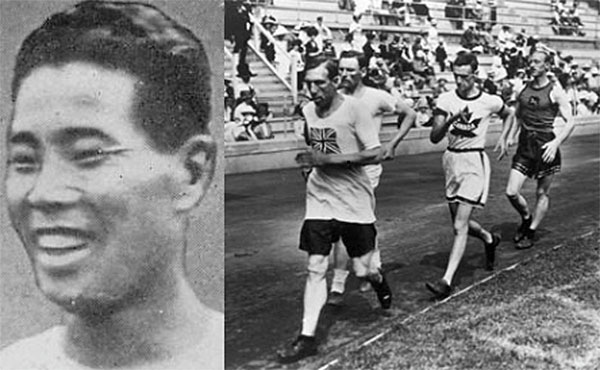 The Olympics pits athletes representing countries around the world against each other in a highly competitive atmosphere.

During the 1912 Olympics in Sweden, one Japanese marathon runner participating in the games, Shizo Kanakuri, actually bailed during his Olympic run and left the country, completely unannounced.

It came as a shock because at the time he was one of only two men to represent his country in the Olympics, which Japan was participating in for the first time since the Games' re-establishment in 1896.

Sweden experienced unusually hot temperatures during the 1912 Olympics. Over half of the marathon runners overheated with hyperthermia.

According to Kanakuri, at the 30km mark of the race, desperate for hydration, he stopped at a house to request water. Sick from the local food not agreeing with him, he was cared for by the farming family, but ended up taking a nap and didn't wake up until the next morning.

Ashamed by his actions, he eventually returned to Japan without notifying officials. He was marked as a missing person by the Swedish authorities for 50 years before they discovered in 1962 that he was residing in his homeland.

He was invited by Swedish Television to return to Sweden and finish the marathon, to which he accepted. In 1966, he completed the marathon with a record time of 54 years, 8 months, 6 days, 5 hours, 32 minutes and 20.379 seconds

It was a long trip. Along the way, I got married, had six children and 10 grandchildren.
- Shizo Kanakuri, upon completion of the marathon