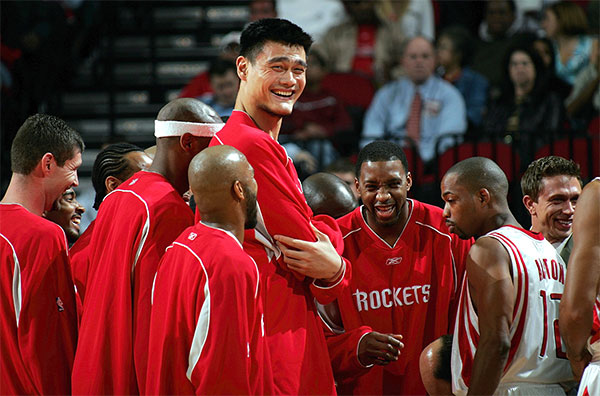 Before his retirement, Yao Ming was the tallest basketball player in the NBA - measuring in at 7'6".

Unbeknown to many, however, is that his birth was not a consequence of the natural course of lover's destiny, but the planning of the Chinese government in a scheme that could be considered reminiscent of eugenics.

Since the reign of Mao Zedong, the communist government of China has sculpted a pride-filled society on artistry and sports. During this time, Yao Ming's parents were 'encouraged' to marry each other with the expectation that they'd create a child that exhibits prowess in sports.

His father was the tallest man in China and his mother the tallest female basketball player.

Marry they did, and as predicted; Yao Ming was born. He reached a height of 7'6" and from a young age he was intensively trained. He was also fed a mysterious concoction by scientists in the hope that it'd further stimulate his growth. It's is now speculated that this was hormone treatment during a time China had numerous doping scandals.

Yao went on to become a well-known and successful basketballer playing for the Houston Rockets in the NBA. He has received various sporting awards and is one of the tallest people in the world.